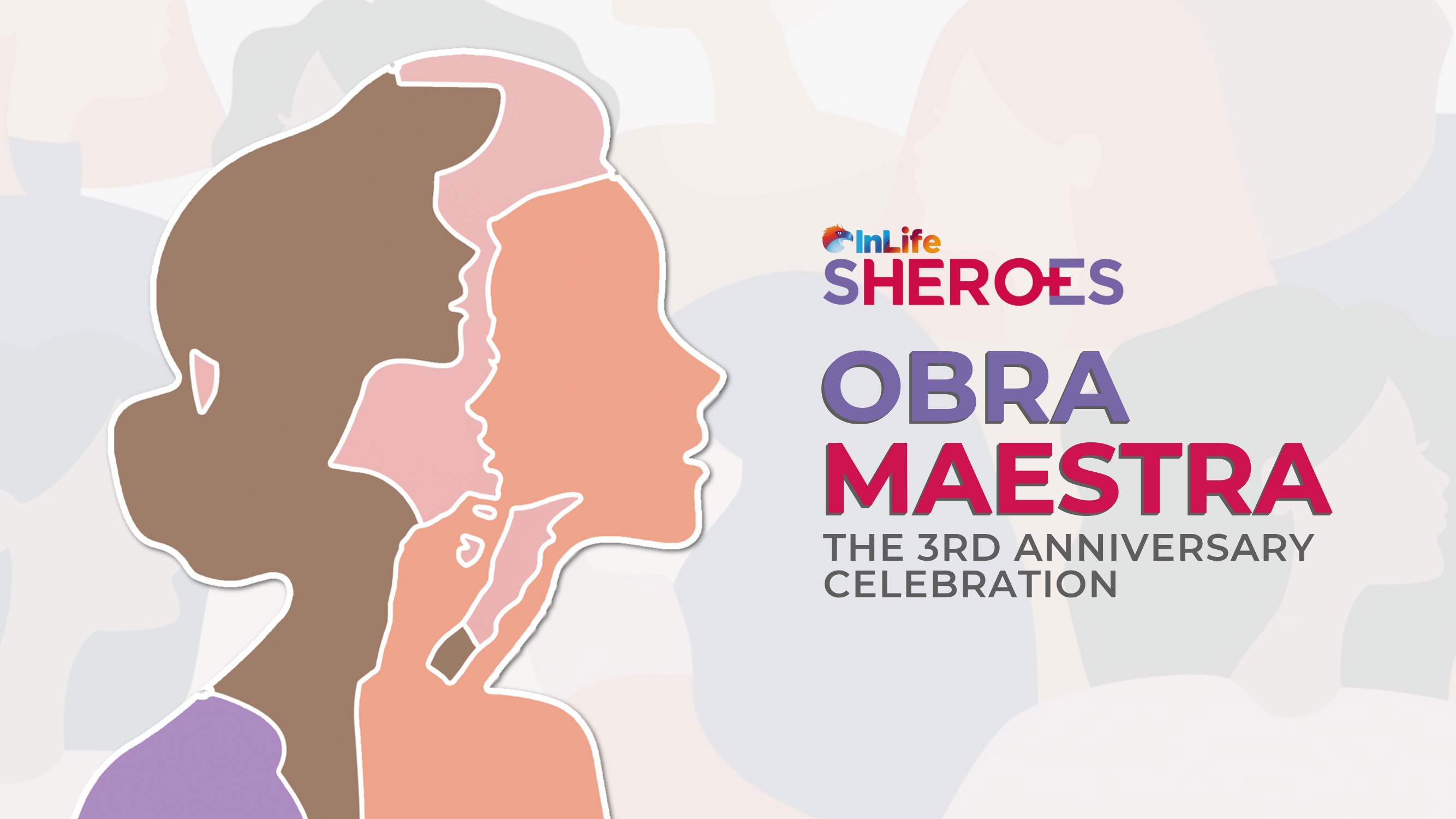 Insular Life (InLife) celebrated the third anniversary of InLife Sheroes, its women empowerment movement on March 22, and called on Filipino women to be trailblazing masterpieces in their own right.

Titled Obra Maestra, InLife Sheroes’ 3rd Anniversary celebration aims to build a nation of masterpieces made up of trailblazing women in various sectors of the society who create meaning and purpose for others. They are women whose simple acts of Sheroism have improved the lives of others. These women masterpieces who have blazed the trail in various ways make up a Nation of Sheroes.

“Today we celebrate the third year since we launched our ambitious program, the InLife Sheroes, with the goal of helping women to be financially independent, to live healthier, wealthier and meaningful lives.  Our target was to reach out to 1 million people in three years.   We reached not just 1 or 2 or 3 million, but 7.6 million lives,” said InLife Executive Chairperson Nina D. Aguas in her opening remarks.

"We at InLife and InLife Sheroes will always strive to do good and bring out the good in people through our advocacies.  This year and onwards, we see InLife Sheroes as a movement that will flow, and grow even bigger and wider,” she further said.

Two Filipino women who have shown that they can make a difference in the world shared their experience and insights during the event.

Lorelie Quiambao Osial, the first Filipina to be named President and CEO of Pilipinas Shell and Country Chair of Shell Companies in the Philippines, is an advocate for diversity, equity and inclusion, and digital transformation. She spoke about gender and corporate leadership.

She talked how in her line of work, leadership really has no gender. She discussed her journey and success as a woman leader in an industry normally dominated by men, which she credits to her uniqueness and her being multidimensional—having many facets and wearing many hats as she goes through life. Her brand of leadership is transformative, where leaders inspire and motivate people to innovate and create change that will help and grow the business, and shape the future.

Ana Patricia Non, who founded the Maginhawa Community Pantry that sparked the spirit of volunteerism among Filipinos during the pandemic, spoke about how her love for herself made her realize she has so much more to give to her community. She was the Grand Winner of the 2021 Asia CEO InLife Young Shero of the Year Award.

The Award aims to honor young Filipino women aged 40 and below who have achieved recognizable success in overseeing organizations that advance the country’s economic or social standing in the eyes of the world. Among the young women who make up the first batch of the InLife Young Shero of the Year Circle of Excellence are: Malou Perez of Pawssion Project, Maureen Ledesma of Vesl, Charlene Tan of All Vision Solar, Anya Lim of Anthill Fabric Gallery, Nina Opida of Humble Sustainability, Karen Jane Salutan of Pinoy Indie Films Roadshow, Therese Clarence Ruiz of Rags2Riches, Ray Alyannah Ysabel Lagasca of Youth for Mental Health, Jenica Dizon of Waves for Water Philippines, and Atty. Therese Guiao of Parabukas.

She reminded women that giving out food and goods is not a requirement, that they can help by providing their expertise to improve the lives of others.

As Ms. Non pointed out in her message, “Kung ano yung expertise sa pinili nating larangan…pwede tayong magturo, pwede tayong magvolunteer. Iba-iba po ang paraan sa pagtulong at hindi din tayo mauubusan ng creativity.  (Whatever is our expertise in our chosen field…we can teach, we can volunteer our services. There are different ways to help and we will never run out of creativity in doing them).”

A Nation of Sheroes

To encourage more women to participate in creating and multiplying random acts of kindness, no matter how big or small, and make life a little better for those who need help, InLife Sheroes launched the Nation of Sheroes. InLife volunteers recently went to three areas and volunteered their services in Baguio, Muntinlupa and Davao Cities.

In Baguio, InLife volunteers packed and transported vegetables that they donated to the Maginhawa Community Pantry. This was done in coordination with Cordillera Landing On You, a group that helps Baguio farmers bring and sell their produce directly to consumers in Manila. In Muntinlupa City, volunteers helped pack art materials and hygiene kits for the wards of Elsie Gaches Village, a facility that provides care and rehabilitation for children and adults with developmental disabilities. In Davao, volunteers brought food and hygiene kits for the pediatric cancer patients of the Southern Philippines Medical Center who are temporarily sheltered at the House of Hope.

InLife Sheroes was born out of the company’s aim to recognize women as a pillar of strength and empower them. In partnership with the International Finance Corporation (IFC), a member of the World Bank, it launched the campaign in 2019.

The campaign has four focus areas: financial literacy, health and wellness, women-specific solutions, and access to social and business networks. Through the campaign, women from different walks of life have gathered to learn more about how they can better take care of their health, finances, and overall well-being.

To learn more about register here.