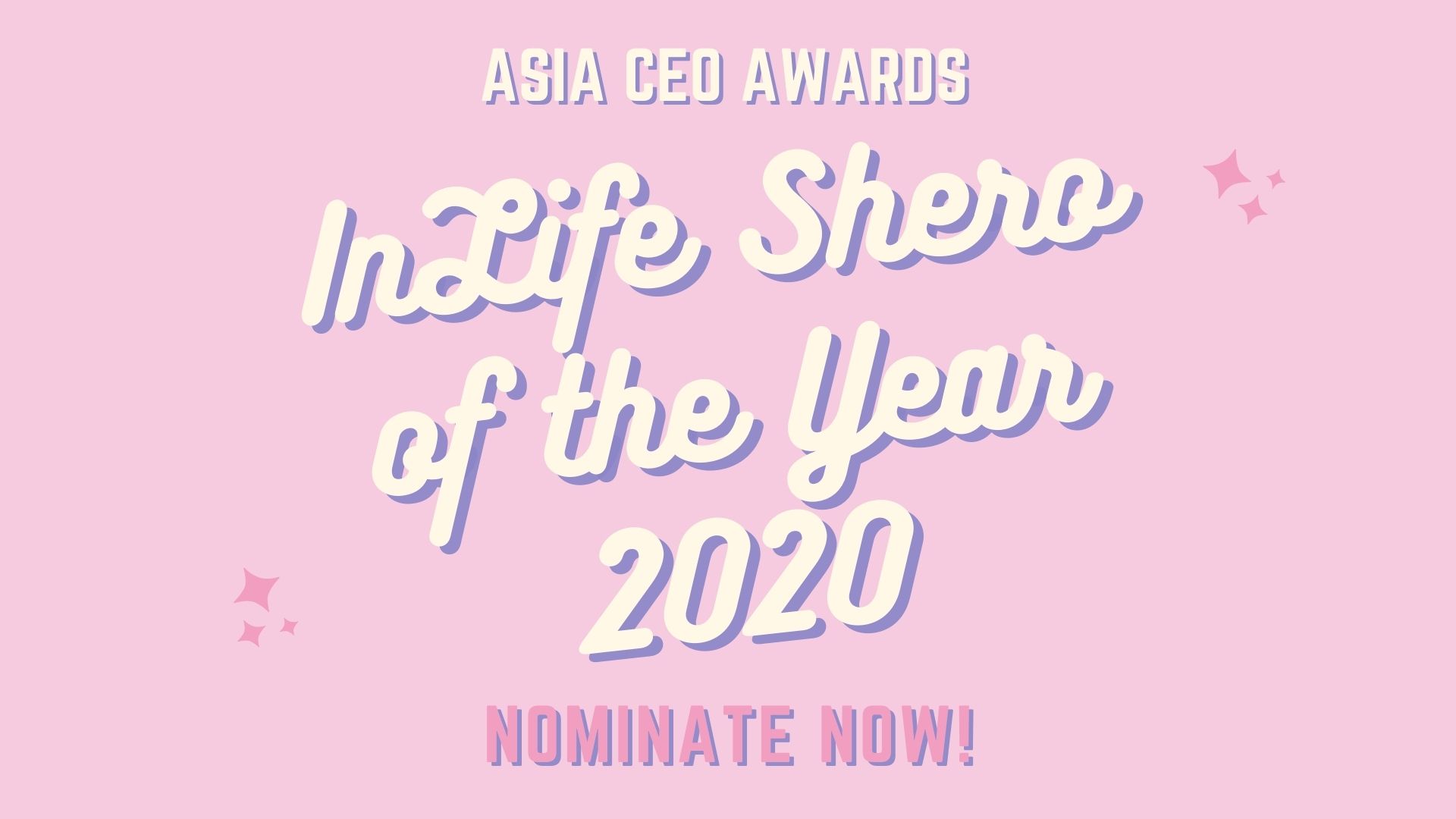 Insular Life (InLife), the first and largest Filipino life insurance company is now calling for nominations to this year’s Asia CEO – InLife Shero of the Year Award to highlight successful Filipino women leaders and achievers who contribute to nation-building and empower others.

“Our InLife Shero of the Year award recognizes strong and empowered women who are helping to build a strong and modern Filipino nation. This award also highlights Filipino women leaders in the midst of the global pandemic,” InLife Executive Chairman Nina D. Aguas said.

The InLife Shero of the Year, now on its second year, is a category in the annual Asia CEO Awards. It is given to a Filipino woman leader who has achieved recognizable success in overseeing organizations that has led to the advancement of the Philippines' economic and social standing in the global arena.

The InLife Shero of the Year will be selected based on the following criteria: leadership commitment that demonstrates inspiring and empowering values; pioneering achievements to help the country’s economy and health situation; sustainability and scalability of initiatives and solutions; and social commitment.

Last year, the first Asia CEO – InLife Shero of the Year Award was given to Doris Magsaysay Ho, group president and chief executive officer of the Magsaysay Group, one of the country’s largest business conglomerates. Magsaysay Ho was chosen from the Asia CEO Circle of Excellence, a finalist group of eight highly successful Filipino women executives.

The recognition is also part of the InLife Sheroes program which aims to empower women through the four focus areas of financial literacy, health and wellness, women-specific solutions, and access to business and social networks.

The annual Asia CEO Awards, now on its 11th year, recognizes companies and individuals who have demonstrated excellence in their respective industries and have contributed significantly to nation-building. Nominations for the 14 categories of the Asia CEO Awards are being accepted until August 14, 2020 through www.asia-ceo-awards.org/nominations.