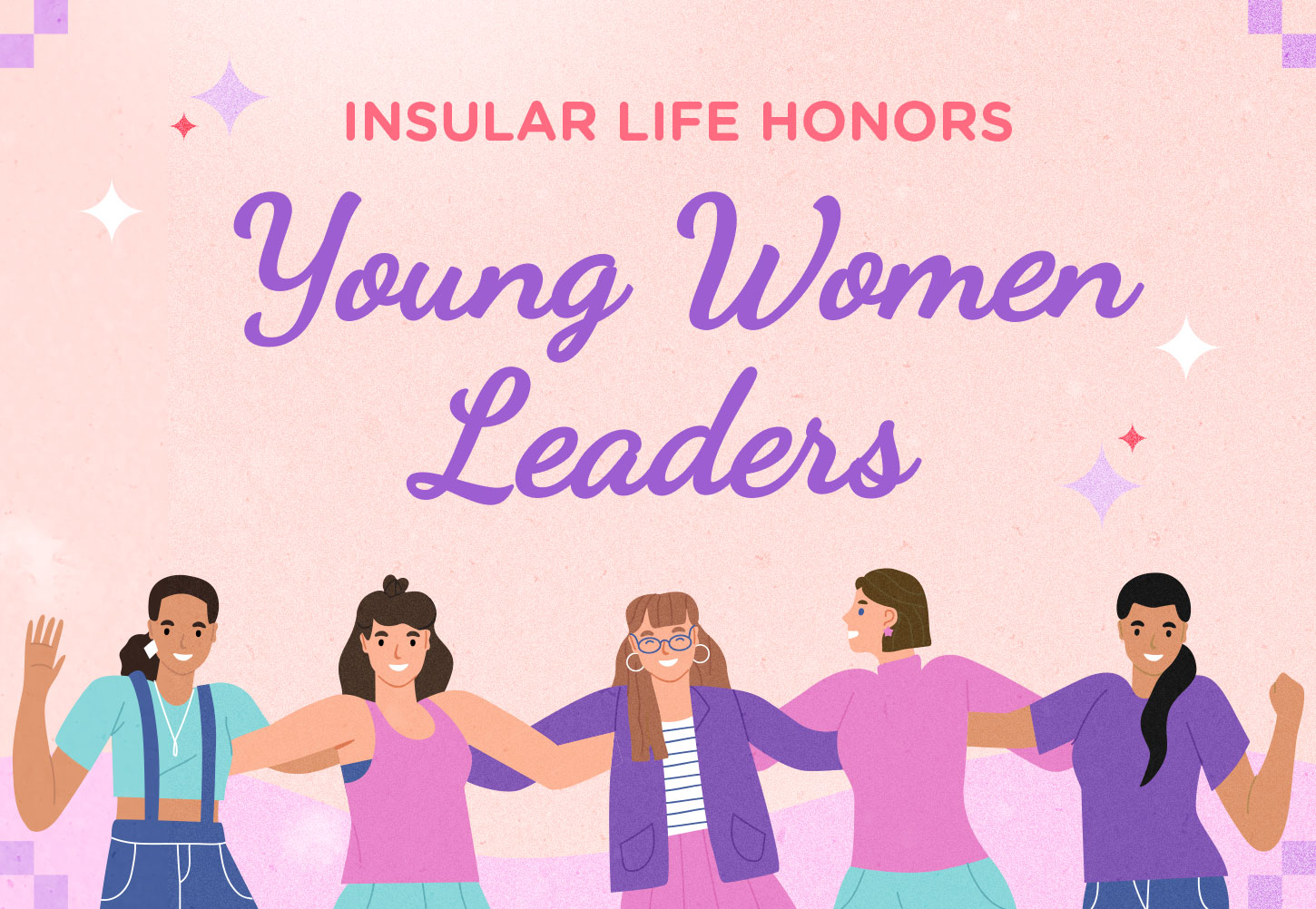 They are some of the biggest prime movers in their respective industries and advocacies.

They are passionate about helping others, preserving the environment, protecting the weak, and leading causes. They may have varied interests, and advocacies, but one thing that binds them is that they comprise the first ever batch of InLife’s Young Shero of the Year Circle of Excellence awardees.

The InLife Young Shero of the Year Award is one of the in categories the 12th Asia CEO Awards. It aims to honor young Filipino women aged 40 and below who have achieved recognizable success in overseeing organizations that advance the country’s economic or social standing in the eyes of the world.

Eleven empowered Filipinas made it to the first InLife Young Shero of the Year Award’s “Circle of Excellence” and consequently to the InLife Sheroes She Inspires Circle.

As members of this elite group of women achievers, they are tapped to provide inspiration, or render mentoring sessions with other Filipino women who could learn from their experience and expertise.

In 2019, InLife launched the Shero of the Year Award category at the 10th Asia CEO Awards. Three years since first recognizing the country’s Sheroes, the award is now focused on young Filipino women, to recognize their growing influence and leadership roles. 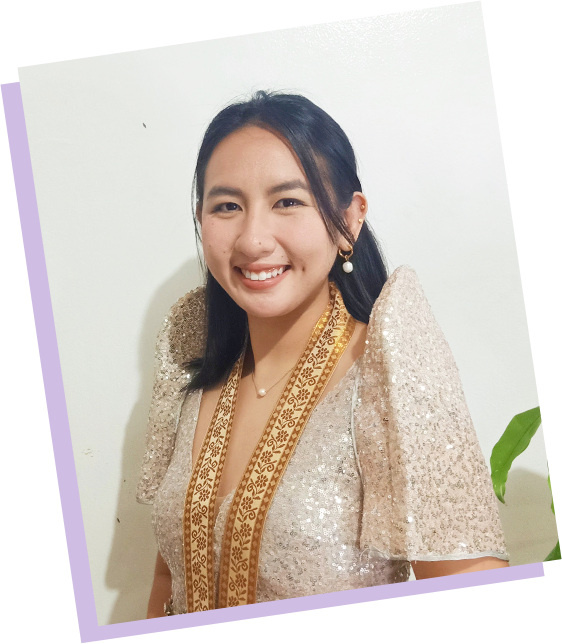 This year’s Young Shero of the Year Grand Winner is Ana Patricia Non. Many recognize her as that unassuming lady with a bamboo cart filled with food in a humble neighbourhood in Quezon City early this year.
Seeing the struggle of ordinary Filipinos at the height of the pandemic lockdown, Patricia started what is now known as the “pantry ng bayan”. Through this simple act of kindness, her example spread like wildfire across the country and inspired other countries to put up the same community pantries to alleviate the suffering of the hungry and the vulnerable poor.
From a simple concept of caring for others, Patricia has awoken the innate spirit of Filipinos for bayanihan. Today, her operation is supported by like-minded donors and will continue to grow to help others even those in far-flung barangays.
Malou Perez, Pawssion Project 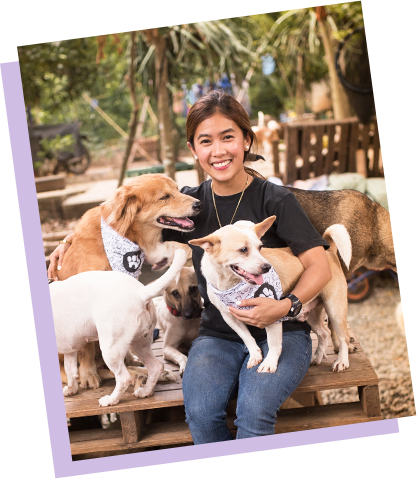 Kindness knows no bounds. A self-confessed dog lover, Malou Perez, set-out to rescue the canine kind from certain death in Bacolod’s crowded pound. This was three years ago. Today, Malou’s “Pawssion Project” has rehomed 500 dogs and cats and another 500 are waiting for their new families.
Dogs might not be able to pay back Malou for her generosity. But she did not start the rescue mission to get the praise of animals or people. She did it to show love for creatures that would have otherwise been brought to their untimely end.
Malou believes that there is much work to be done with at least 13 million stray dogs and cats in the country. She is hopeful that through her example, Filipinos will start adopting and rehoming those languishing in the kennels.
Anya Lim, Anthill Fabric Gallery 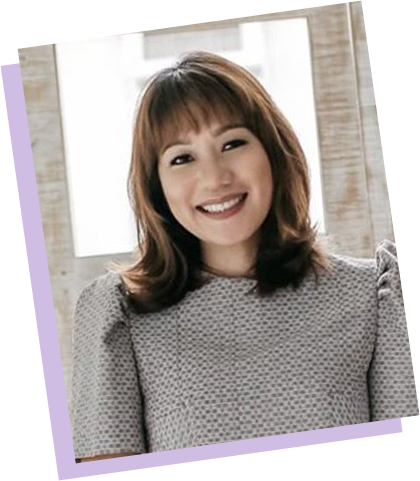 Through Anya Lim’s love for indigenous tapestry, she has brought local weaving to the world stage.
She launched Anthill Fabric Gallery, a social and cultural enterprise in 2011 to address the gap in Filipino cultural continuity and transmission. She wanted to support the local weaving industry through sustainable livelihood among indigenous weavers.
Anya believes that the Filipino craft and indigenous art of weaving deserve the world stage.
Charlene Tan, All Vision Solar 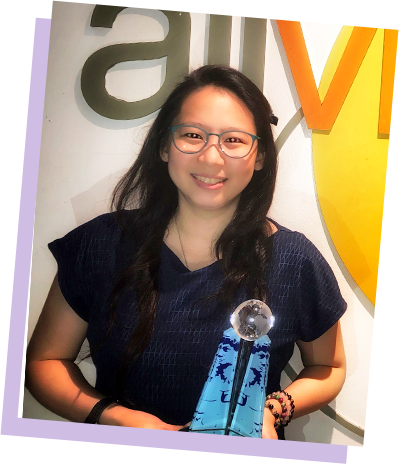 When it comes to running a renewable, solar energy company, one would assume that it’s a man’s world. But this stereotype did not deter Charlene Tan from putting up one of the country’s first solar energy operations.
Fresh out of graduate school in 2007, Charlene envisioned the Philippines as a hub for solar energy, and for good measure since the country is full of this untapped energy.
Since then, All Vision Solar has installed 106 Megawatts (MW) of solar energy and aims to add 150 MW in rooftop systems within the next five years. Indeed, an empowering endeavor.
Maureen Ledesma, Vesl 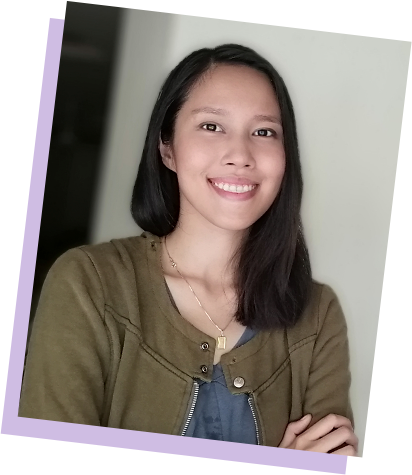 Another Filipina who thrives on technology is Maureen Ledesma. Educated in Belgium, Maureen applied the lessons she learned in graduate school to the local scene.
As co-founder of Vesl, she aimed to provide financing support to small and medium enterprises (SMEs) through what is called the trade credit insurance or TCI, a concept she learned in Europe. But TCI is largely unknown and untapped in the country, which Maureen wants to change. A TCI is a kind of insurance where a seller is compensated when a buyer fails to pay for his or her order.
Therese Clarence Ruiz, RagstoRiches 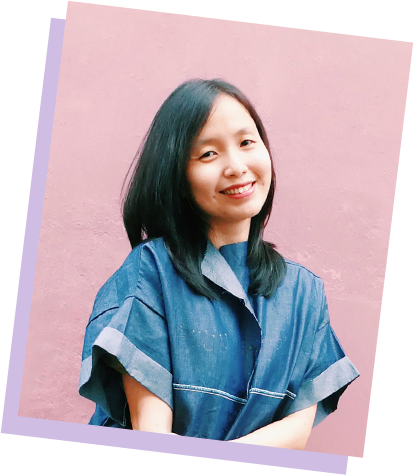 A heart for the poor. This is one way to describe Reese Ruiz. She is a social entrepreneur who leads an eco-ethical fashion brand RagstoRiches. What makes her operation unique and pro-poor is that her artisans come from poor communities, such as Payatas, a village beside a dumpsite in Quezon City.
Her mission in life is to provide opportunities for the urban poor households through design. Through her organization, she has trained more than a thousand artisans, mostly women, to make fashionable bags, clothes, and home accessories out of recycled materials.
Therese Guiao, Parabukas 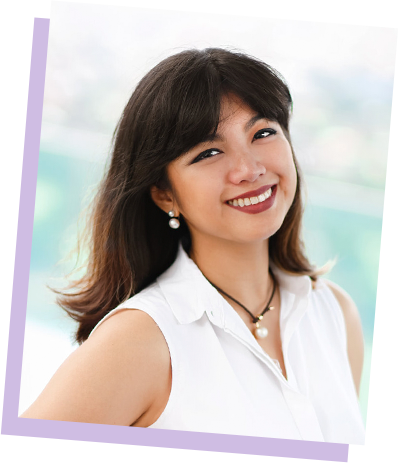 A lawyer by profession, Therese Guiao or Niner, founded Parabukas after two serendipitous events: a three-month internship in Switzerland that focused on climate change and typhoon Ondoy in 2009.
The massive floods in Metro Manila brought by Ondoy created a lasting impact that would eventually lead her to focus on environmental advocacy. Through this advocacy, Niner helped craft government policies to reduce emissions and forest degradation. She also designed the 2015 global climate change agreement, a consultation process with the world’s top climate experts.
Niña Opida, Humble Sustainability 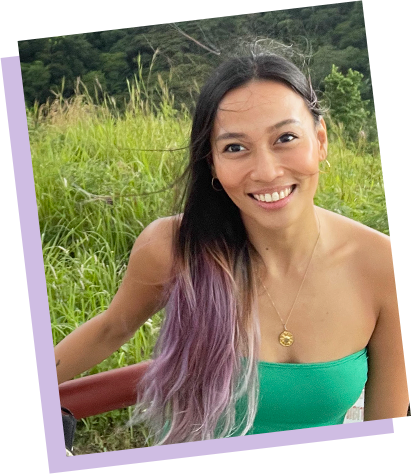 We don’t need much to be happy. But we can give much for others to be happy. Guided by the principle of decluttering, Niña Opida’s operation is a simple concept based on sharing one’s excess.
Humble Sustainability is one such project where Niña and her team collect things that people no longer need to give it a fresh lease on life and a possible new owner. Through this project, she declutters homes and businesses and in turn puts those stuff back to the market for others to enjoy.
With less clutter, we experience more peace and joy – Niña’s humble system makes it possible.
Karen Jane Salutan, Pinoy Indie Films Roadshow 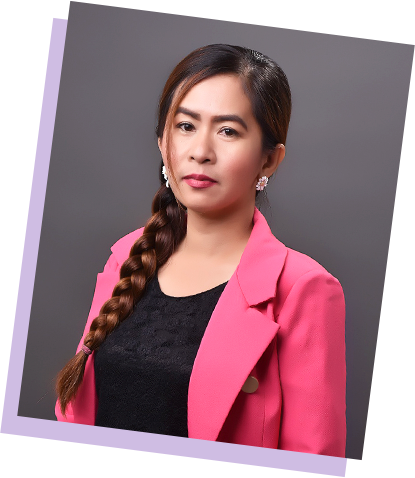 There is a plethora of Filipino artists. What is lacking is the opportunity to showcase their talent. And this lack of recognition prevents the ordinary Filipinos from enjoying the innate cinematic talent of their kababayans.
Karen Salutan addressed this through Pinoy Indie Films Roadshow. Bringing these films to the masses – to the barangays, to the schools, to the gymnasiums – created such a big impact for the artists, the industry, and the people. But make no mistake about it, these films tackle themes of empowerment, education, and women – Filipino values that uplift the spirit.
Ray Alyannah Ysabel Lagasca, Youth For Mental Health 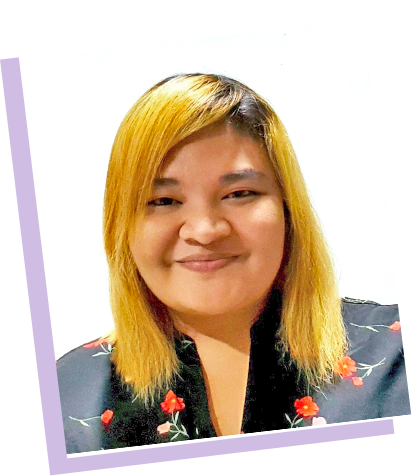 A mental health advocate, Ray Alyannah Lagasca dreams of a world where everyone can seek help without getting a stigma. She is particularly passionate about working with the youth sector to help them cope with the stress of mental health.
As an advocate, she works with like-minded individuals to seek for the government’s active role in mental health through policy interventions, education and awareness. She also works on creating policies about mental health that is cognizant of various cultural perspectives for a holistic approach in dealing with mental health.
Through her work and socio-civic involvements, she inspires and empowers the Filipino youth.
Jenica Dizon, Waves for Water Philippines 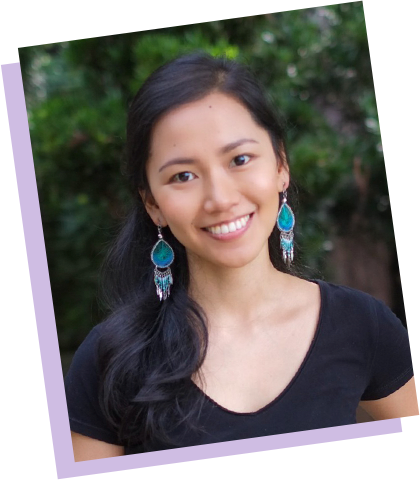 In an archipelago such as ours, water is everywhere. Despite this, not all have access to a clean source. And this is where Waves for Water, which Jenica Dizon leads, comes in.
Through this non-profit organization, Jenica brings clean, potable water especially to those living in far-flung areas and unserved by commercial waterlines. It is said that water means life, and Jenica brings this to our most unserved kababayans.
THE INLIFE SHEROES PROGRAM
The InLife Sheroes Program was created through a partnership with the International Finance Corporation (IFC), a member of the World Bank Group. It was formally launched in March 2019 with the aim of empowering one million Filipino women in three years through four key pillars: Financial Literacy, Health & Wellness, Women-specific Solutions, & Business and Social Networks.
Since its launch, the program has now reached more than three million Filipinas through various on-ground and online activities and partnerships with like-minded organizations.
<< Previous Article
Next Article >>
News Archives
Featured Story
2022 (3)
July (1)March (2)
2021 (4)
December (1)October (1)May (1)March (1)
2020 (6)
December (1)November (1)August (1)July (1)March (2)
2019 (13)
November (1)September (2)August (3)July (2)June (1)May (3)March (1)
2017 (1)
December (1)
INLIFE SHEROES uses third-party services to monitor and analyze web traffic data for us. These services use temporary cookies during user sessions which are automatically deleted after session termination. Data generated is not shared with any other party. For more info, please see our Privacy Policy.